I’ve had a bit of a break from writing for a little while but now I’m back, feeling not so fresh after a week in Ibiza, but very glad the weekend is upon us. The week of my return is also the week of the launch of a classic summer TV show, Channel 5’s Big Brother. Now I will hold my hand up and say this is trash TV at its worst and yet I am addicted year after year. The show, like most reality shows, bases its content on the stereotypical characters involved and this year was no different, however something struck me more so than ever. In describing or labelling the female housemates all but one had a stereotypical (and often derogatory) label attached to them. The list contains – Unemployed, Valley Girl, Party Girl, Club Hostess, Lap Dancer, Former Dominatrix and Honey Trapper, the only shall we say flattering title belonged to the twins Emma and Victoria, labelled as Organic Clothing Designers. Just to compare the male housemates were labelled as Model, Journalist, Entrepreneur and Barber, to name a few.

Just a tad uneven don’t you think? Now more than ever I think women are having to defend their name, title, place in society, we moved so far during a period in the 1920’s, then again during the 60’s and 70’s and 40 years on it seems we haven’t moved forward at all. Whether it’s fighting the gender pay gap or battling against the unprecedented amount of sexual attacks on US college campuses, we have a long way to go. I am still astonished at the Stanford University case, how is it that the vile attacker in this instance is somehow labelled a victim because of the dent the case has had on his flourishing swimming career. I watched a fantastic documentary recently which truly cut me to my core and I sincerely recommend it, The Hunting Ground examines this epidemic of attacks on college campuses and how the victims are treated by not only their peers but the college and the alumni, which safe to say is far from exemplary. The documentary details what survivors went through in fighting what happened to them including being attacked just for coming forward as they dare tarnish the career of a college football star, labelled as liars, attention seekers, sluts. Lady Gaga’s haunting performance of the title track ‘Til it Happens to You’, will go down in Oscar’s history and included fellow survivors joining her on stage as a sign of strength and solidarity.

Name calling can be detrimental for anyone and I can tell you one thing, I love a party but if I was ever labelled a Party Girl, I think I’d be a little sick in my mouth. Whatever label you choose to have as a female, whether it’s Mother, Manager or Musician, make sure it is chosen by you and darling just fucking own it.

One thought on “Name that Girl” 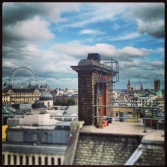 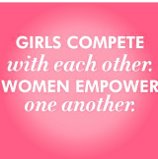 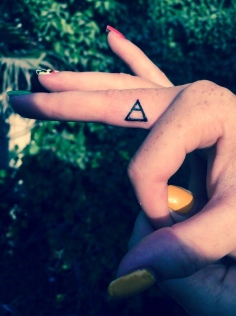